Our initial plan after removing the dated and worn mouse-fur was to strip the adhesive film and shine up the underlying aluminum.  Although the underlying aluminum wasn’t the shiny smooth finish you’ll find in the newer Airstreams, we didn’t mind that the seams weren’t perfect and there were a few holes.  We liked the look.

However, in that time we also found an alternative solution embraced by fellow Airdreamers.  We figured we would give it a try.  After many lessons learned – described in more detail below – we ended up with a really great finish on the bedroom walls.

We also went with marine vinyl from great lakes skipper.  It was about 20 dollars a yard, 1/4 inch foam backing.  I ordered 17 yards, which gave me a few yards extra, which I would highly recommend, as screw ups are really easy and you might want to redo some panels if they don’t go up how you want.  I was lucky and my few screw ups ended up fitting perfectly in other places.  I’ll probably use the extra fabric for other smaller projects.

For spray adhesive, I used 3M90 and 3M80.  The 3M80 was supposed to be for headliner specifically so I thought I’d try it.  The 90 worked much better.  It gave a much flatter look.

For transition strips I used traffic master seam strips from home depot.  I used small sheet metal screws to attach them.  I used sheet metal snips to trim the strips, which isn’t ideal, I’m pretty sure the first pair were A LOT sharper before I started the project.  By the end my grip was barely enough to cut through them.

The flat walls with windows were the easiest by far.  I took down the window frame and blinds, cut one big section with about 4 inches of extra on both directions.  Sprayed glue on the foam and the wall, waited a minute for it to get tacky, and stuck it up there.  It’s much easier with two people to help line it up correctly. The glue gives you a few minutes before it really sets.  Next, I trimmed out the windows with an exacto knife then I trimmed the excess on the floor with a metal ruler as a guide.  It doesn’t make a perfect cut, so i might add some trim on the floor later.

The end caps were more challenging.  The outlets I covered with duct tape to protect from glue, then I glued up half the panel.  With half the section secured with glue, it makes it easier to cut out the vinyl in front of the outlet, unscrew the outlet, and pull it through the vinyl sideways.

The hardest section was the top corners because they are so rounded.  I cut both sections about a foot longer than I measured.  Which sounds excessive, but I would do it the same way the next time.  Because of the curve it’s very difficult to estimate how much you really need. Next, I applied glue and immediately started working the section on the wall to get the extra all bunched into the center, I then used a small section of trim as a guide, and an extra set of eyes to stand back and tell me where the center was.  I drew a line and cut up as far as I had to in order to get the section to sit flat.  The rest was careful trimming.

I also replaced the plastic conduit that held the AC wire with 1/2 inch aluminum flex.

It’s a slow process and it took me about 3 days, with a lot of time spent staring at the wall considering my options.

If I had to do it again…I might considering even thicker foam to hide more imperfections, but that could also backfire and be more difficult to work with.  I would also recommend fully emptying the room and planning on sleeping somewhere else for the few days it takes. 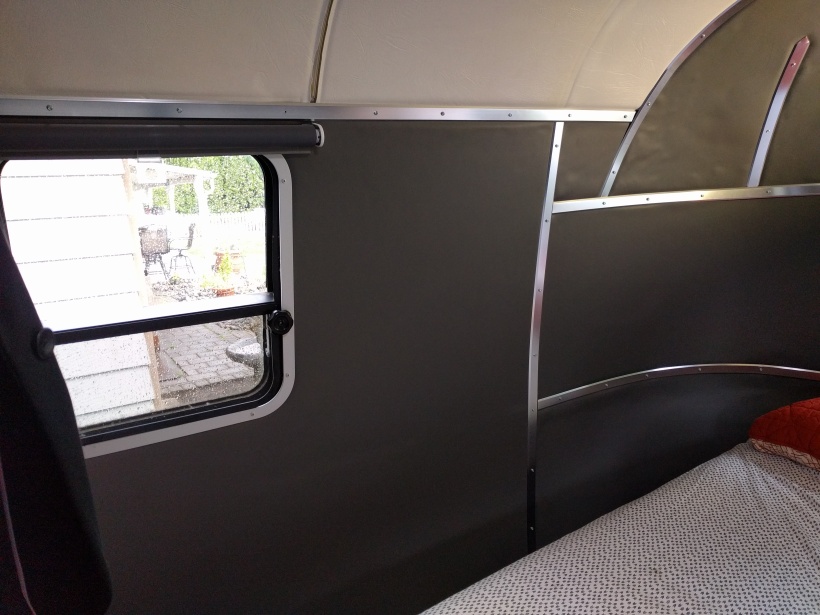 As a reminder, here were the before pictures: 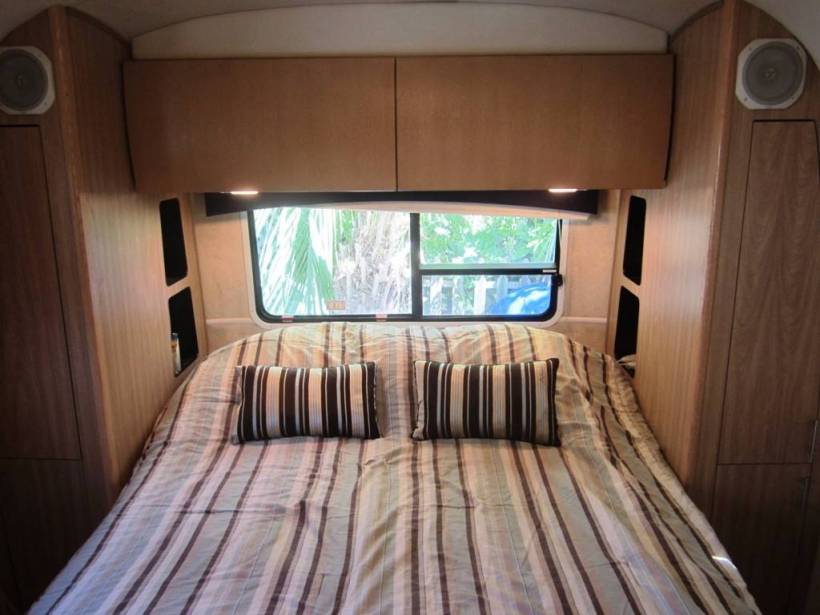 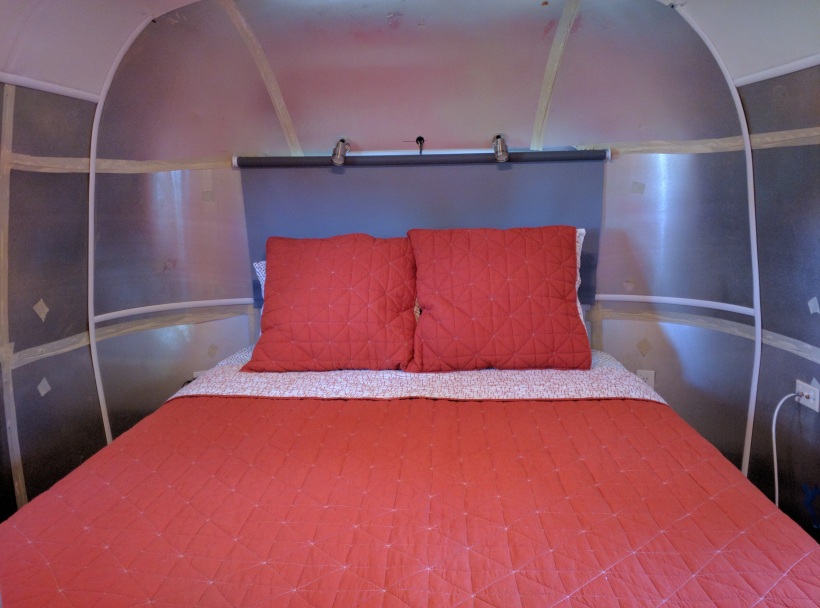